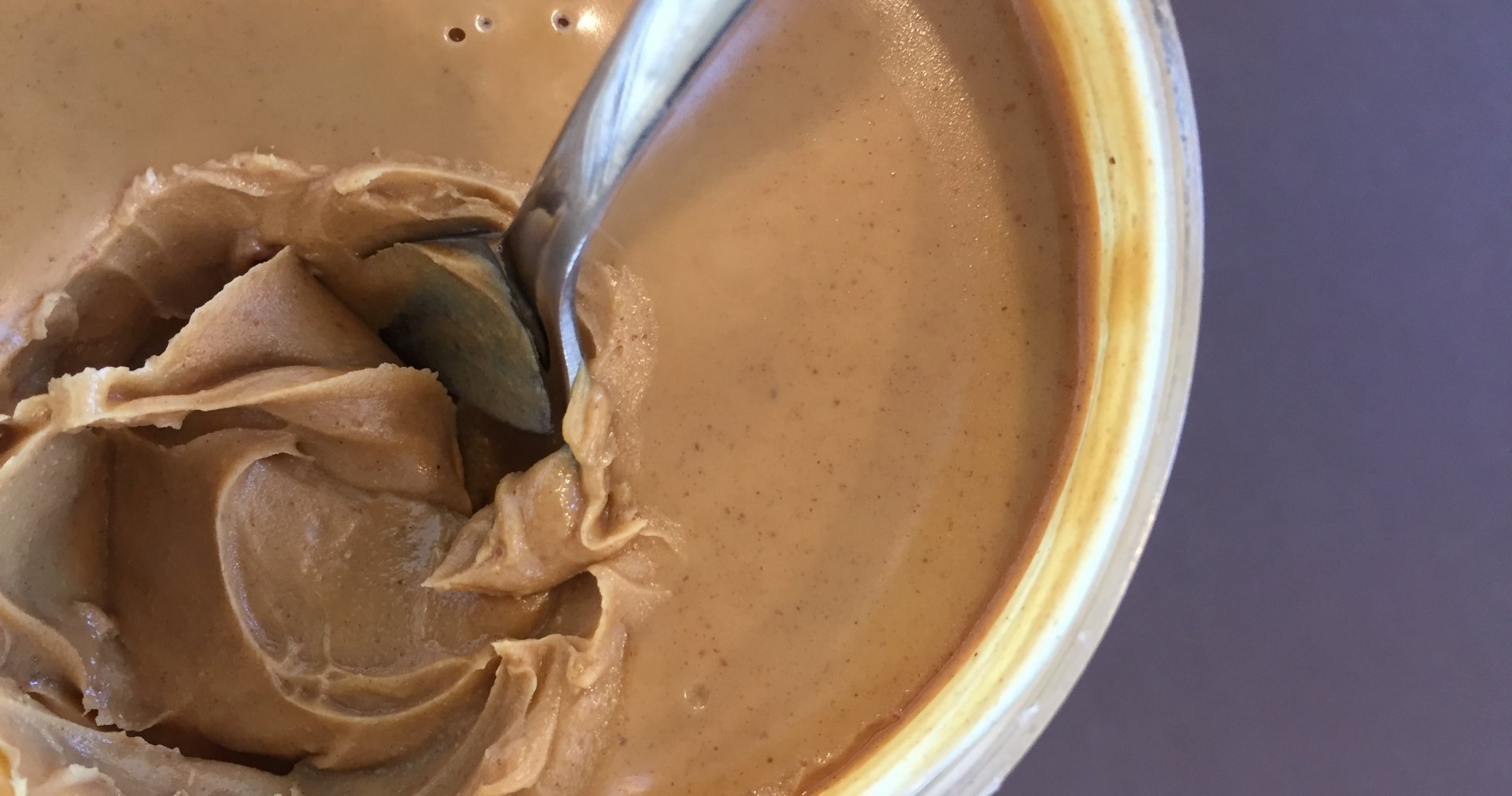 We all have our guilty pleasures. A late night raid of the fridge, the occasional smoke whilst socialising, maybe a fizzy drink mid afternoon for a sugar rush to help power through, or as in my case, an over indulgence in peanut butter (I'm talking several heaped teaspoons at a time) thinking I need more calories, but in fact I'm just looking for instant satisfaction from the nutty goodness. In reality i just need to exercise some control – complete abstinence seems to work best!

Why I’m addicted to peanut butter

Okay, so it’s not that ridiculous, but it’s hard wired in my brain, some where deep in my subconscious. At times I’ve try to be more mindful, but that’s easier said than done. Over the years I’ve formed a neural connection in my brain that understands good quality nut butters can be a great addition to your diet. Paired with my taste buds loving fat, which in turn realises a quick hit of dopamine (strongly related with reward-motivated behaviour), giving me an instant feeling of satisfaction.

Personally I think we’re hard wired for pleasure…or is it just me? This could be a reason why people have struggles relating to food – their trying to fill the pleasure void with the over consumption of calorific foods.
This is where the cycle of addiction comes in, which I see as a form of escapism. We look for short term rewards as a means of masking something much bigger underlying that needs attention. Perhaps we’re not getting true fulfilment from life in a wider context. May be through a lack of purpose, loving relationships, or blissful pleasure time, there could be a perceived need to fill that void which modern society is more than willing to do, all be it at a cost, not just in our pocket, but within the mind, body and soul – it literally destroys you from the inside out!

This is why we need to reconnect with the inner self, delving to depths where things get a little uncomfortable, but where true meaningful long-term change occurs. It’s worth all the pain and tears…trust me!

A case of self control

We cannot control our thoughts and emotions – nor should we try – but we can control our actions. Becoming more in tune with what’s causing them will go a long way in helping us deal with any negative behaviours. Simply burying your head in the sand and hoping for it to magical disappear will cause a whole host of negative energy, which just perpetuates the situation.

Take a minute the next time you feel your about to act on an negative behaviour and HALT. Are you acting because you’re:

Once you’ve identified your trigger, there’s a three step process to the formation of a habit:

How do you break the cycle?

Let’s take what I believe is a common bad habit (some may disagree) that can in-crouch on our daily life’s. Having a coffee first thing may seem innocuous, but getting in to a routine of waking up with caffeine on a daily basis will eventually take it’s toll! Basically your jump starting your engine every morning, which is say something’s not quite right.

Are you getting enough restful sleep? How’s your diet looking? Do you exercise regularly? What are your stress levels like? If one or more of these factors isn’t up to scratch then the likely hood of fatigue creeping in to your daily life increases dramatically.

Now, I’m not saying coffee is bad – I actually think it’s delicious and has several health benefits(1) when consumed in moderation. But relying on caffeine to get you up and running means your bodies using an exogenous (external organism) chemical rather than the chemicals produced within the body, like adrenalin, to spark you in to action. In extreme circumstances there could even be a case of adrenal fatigue creeping in.

Although it’s not recognised as an illness in traditional western medicine, those who use alternative therapies see adrenal fatigue as a possible cause as to why people struggle with fatigue, and may also have issues with their mood. It’s often associated with intense stress. Other symptoms include:

Your adrenals secrete essential hormones such as cortisol, aldosterone, and the get-up-and-go king adrenaline. When your hormones are out of whack your in trouble. Having gone through what I believed was adrenal fatigue a few years ago I know how draining it can be. I did my research and devised a plan that consisted of the following:

The above example may be of some relevance, but even if it’s not the principles for any behaviour can be be broken down in the same way. You have a trigger, your reminder, followed by a certain routine, that leads to a specific out come, your reward. Changing human behaviours – in effect replacing your routine to certain triggers – is challenging. The research into how habits are formed (2) found on average it takes us 66 days before a new one sticks, with a staggering variance of 18 to 254 days in individuals.

So what’s the take home message?

First identify a habit you’d like to change and realise the benefits of doing so, find something that will fill the void and set yourself up for success as best you can. Then have some pig-headed discipline and will to make it happen…If at first you don’t succeed, try, try, and try again! It will click, just don’t give in. Have the believe and attitude that resonates with the positive no matter what.

It all comes down to the power of your thoughts. The human brain is something we still know little about – It’s also the most powerful thing in the known universe. It can create and destroy life in an instant, takes use to unparalleled highs, whilst at other times it makes us feel in the deep, dark depth’s of despair. But our minds are not fixed. We can undo negative behaviours and replace them with more life enhancing ones – It just takes great patience and practice. This is known as neuroplasticity. I’m still learning day-by-day the great power of this concept, of which I’ll be practising for the rest of my days!

Banana Bread
What if?